Set up as a chamber orchestra over 40 years ago, the Hallam Sinfonia’s repertoire nowadays extends from the baroque to the 21st century, including large-scale romantic works, and from the mainstream classics to film music and children’s concerts. We also enjoy collaborations: we have a partnership with Hallam Choral Society, with whom we work at least once a year, and have performed with other groups in the city.

One of our ventures, Passenger Seats, involves some of the audience sitting amongst the orchestra and experiencing the music from within. We have done this once a year since 2015. These concerts are popular with families, but not all the passengers are children! We also, in 2018, gave Sheffield’s first concert for 0-3 year olds and their grown-ups, in partnership with Concerteenies, and having repeated the experience in 2019 suspect that this too will become an annual event.

In 2018 we celebrated 10 years with our Venezuelan Musical Director Natalia Luis-Bassa, and we have welcomed Richard Laing and George Morton regularly as guest conductors. With Natalia now moving on, we continue to work with Richard and George and are looking forward to meeting new faces and experiencing different approaches to music-making.

Over the years the Hallam Sinfonia has worked with many distinguished soloists, including members of Ensemble 360. The most recent of these ventures involved a cycle of Beethoven piano concertos with Tim Horton, which started in March 2015 and complemented a cycle of Beethoven symphonies, the latter reaching its grand finale with no.9 in 2019.

We rehearse at High Storrs School, where we give most of our concerts. Rehearsals are on Thursdays and Fridays, in blocks, usually during the three weeks before the concert. Players interested in joining us are welcome to make enquiries. Although we may not have a vacancy we are always interested in knowing who’s out there!

We are always interested to hear from potential new players. If you're interested in playing with us, please email hallam.sinfonia@gmail.com

Hallam Sinfonia is proud to be a member ensemble of Classical Sheffield.

Classical Sheffield aims to bring together all of the classical music being made here in Sheffield and the people making it happen as we do our best to share it with the rest of the city. Sheffield is home to a wealth of talented orchestras, a variety of choirs, aspiring soloists, conductors, composers and everything in between and it is only here where you will find it all in one place. They have already held two hugely successful city-wide Classical Weekend Festivals and have introduced classical music to thousands of new audience members. 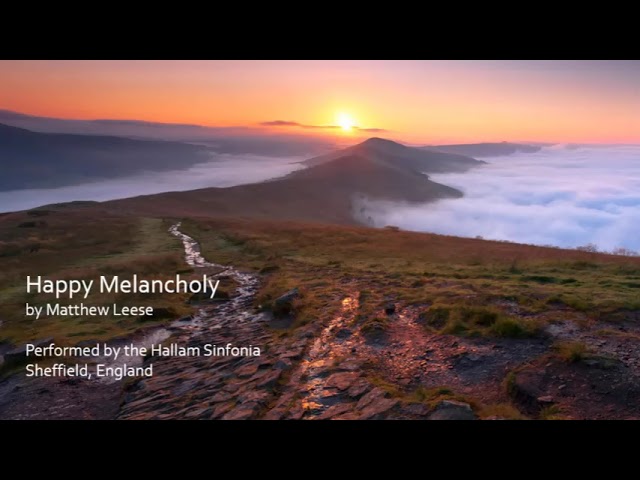 Opera on Location: a profile